Remembrance Day, where millions of people pay their respect to the men and women who sacrificed their lives in World War I for generations ahead to live in a world with freedom.  As a sign of respect countries in the British Commonwealth take a moment on the 11th month, on the 11th day and at the 11th hour to pay their respect and remember all the brave men who died in the line of duty and the brave nurses who tried to save these men. It has been held since the end of the First World War and is held on Armistice Day the day the treaty to end World War I was signed. 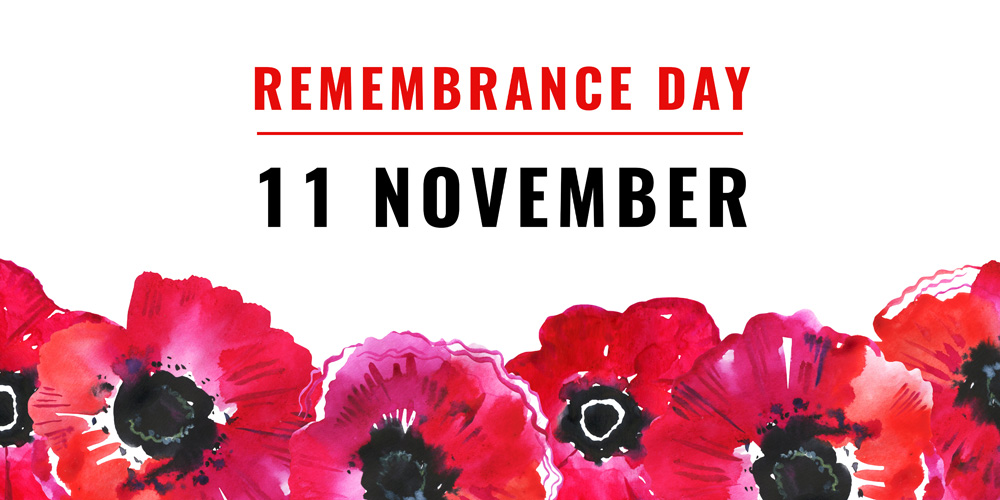 The tradition of honoring those lost was started by King George V in 1918, and a poem written by a Canadian Doctor for the funeral of his friend who died in 1915, in the First World War that introduced the Poppies. The poem, “In Flanders Fields”, John McCrae wrote about the Poppies, that blossomed over some of the most horrific battlefields of Flanders, France.  Poppies symbolized death and bloodshed.

In Flanders fields, the poppies blow

Between the crosses, row on row,

That mark our place; and in the sky

Scarce heard amid the guns below.

We are the Dead. Short days ago

Loved and were loved, and now we lie,

Take up our quarrel with the foe:

To you from failing hands we throw

The torch; be yours to hold it high.

If ye break faith with us who die

We shall not sleep, though poppies grow

Remembrance Day is a day to feel gratitude for these brave men and women who lost their lives; so, we could have the freedom that we have today. It is a day to appreciate and honor all those who fought for us and remember the sacrifice and bravery that our freedom cost them.

Let’s remember that the war is over for our Veterans, but their battle often continues with their mental health. As many of their wounds can’t be seen and we can’t imagine what they went through; as many young soldiers were only 18 years of age when they were sent to the front lines and few returned home. Imagine this! Most of these young men lived at home, never married, no life experience and they sacrificed their lives; so, we could have ours. Many of the nurses where young nurses and what they experienced was gruesome; having to save the lives of multiple soldiers with limited or no medical tools and medicine. Imagine trying to save a soldier when his legs have been blown off from a bomb and having no medical tools or medicine.

We are responsible to do whatever we can to help these brave Veterans to overcome challenges and provide mental health support to help them move on from what they witnessed and survived. These men and women are the last of the bravest generation that ever lived, and they should be treated and remembered like the Heroes that they are because without them the world we live in today would not be the same. Imagine if the Japanese or Germans won either war, what our reality would be today!

Please join us on November 11th at 10:15 am at the Glenwood Centre in Port Alberni to Remember our Heroes of Port Alberni. Lest We Forget!